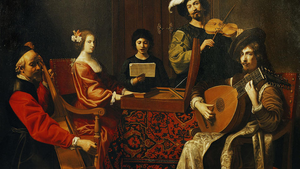 This study aims to understand and learn about the historical performance practice in the 17th century. As an early music singer, I am attracted to the sweet and charming 17th-century French vocal music. In particular, I am interested in the relationship between French ornamentation and expression. This research investigates the background of 17th-century performance practice in France in relation to the ornamentation, the pronunciation of 17th-century French, the different types of ornaments and the expression implied by the ornaments. The performance practice in the 17th century was different from now since it was undergoing a major change from polyphonic to solo music, which emphasised more the text than the music. The knowledge of ornamentation was an expected requirement for all well-trained singers in the 17th century, ornamentation was not merely a decoration, but a tool in emphasizing the importance of the text. Thus, it is necessary to learn ornamentation for a complete 17th-century French vocal performance. Since text was the main element in 17th-century French vocal music, it is important to know the characteristics of French language in this period. The ability to distinguish French long and short syllables was important because ornamentation could only be applied mostly to long syllables. The pronunciation of certain French vowels has undergone a significant alteration, and the ‘old’ way of pronouncing them is included in the study. The research findings also show that some ornaments were meant to be used only in certain expression and they help me to better ‘compose’ French ornamentation in future performances.

The Transfigured Guitar of /~\lberto Ginastera Sonata for Guitar, op. 47